Come out and catch up with us at UnWined, one of WA’s premier Food and Wine Festivals in the Market Square,Subiaco.

A great day out where you can sample our new wine releases and restock with your favourite Vineyard 28 wines. You can even buy a glass of our wine to enjoy with your lunch on the picnic lawn.

Throughout the day you can listen to live music, sit in on a wine & food pairing session or wine appreciation class and buy some delicious tapas from Perth’s best foodies and Subiaco restaurants.

No matter what you do, it’s a great day out with friends and family where you can discover new and unusual wines, taste great food and enjoy indi tunes in the heart of Subiaco!

This year the organisers are also hosting a Culinary Series in the week leading up to UnWined. The series will be made up of dinners, functions and tastings commencing the Monday prior to UnWined Subiaco and continuing through to the weekend. You will be able to enjoy the journey of the wine regions of the state, understanding some of their signature wines while pairing the experience with WA produce.

All the information on this – CULINARY SERIES

Continue Reading A great day out at UnWined in Subiaco.

The newly reopened trail stretches over 56 kilometres from Binningup in the south to Island Point, Mandurah. Vineyard 28 is approximately half way along this trail.

On Saturday the 3rd August, Vineyard 28 was pleased to welcome all the riders and support crews. Many camped overnight on our neighbour’s farm, so that they could complete the trail ride the following day. It was great to see riders and horses arrive. We even had the army here, along with a great display of military vintage vehicles. The day finished with a traditional Aussie BBQ of sausages in bread, washed down with a few wines.

Congratulations must go to the organisers, the Friends of the 10th Light Horse, and especially to Daniel McDonald for all his efforts and how well he kept us informed and involved.

Now that the trail is open, horse riders from around WA will be able to take advantage of the trail. There are a few places along the trail suitable for parking a float and going out for a ride to explore. Vineyard 28 is one such place where you can park the float securely, with prior notice, enjoy a ride, and then return for some wine tasting and a BYO picnic lunch. Another great location is the Old Coast Road Brewery, where you can tether your horse in the shade and partake of a meal and locally made brew.

A few photos from the event ..

at the Perth Convention and Exhibition Centre

Vineyard 28 will again be attending the Perth Good Food and Wine Show, along with fellow wineries from the Geographe Wine Region.

We are looking forward to sharing our new release wines with you all. In particular the 2019 Sauvignon Blanc Semillon, the 2019 Dolcetto (dry) and the 2019 Dolcetto Freddo. Mark & Pippa will be there most days, so it is a great opportunity to catch up on all their news and discuss the latest wines.

The show will also be showcasing the ‘who’s who’ of local and international top-name chefs and foodie experts. From pastries to paella, seafood to sweets, our special guests will be whipping up the tastiest creations for your inspiration. You even have the option of dining with your favourite chef in an intimate and much-loved Chef’s Lunch. Heaps more information is available at their website – click here.

It might be the middle of winter here at Vineyard 28 but we’ve got some of our exceptional 2019 grapes transformed into wine, into bottle and ready for you to enjoy. Available at the cellar door now and online. We’ll also be bringing them to the Perth Good Food and Wine Show in August.

A fresh and vibrant, new release of our easy drinking blend of the Sauvignon Blanc and Semillon.

Our gorgeous cherry pie, sweet chilled Dolcetto Freddo, which is a great accompaniment to a warming winter curry or even a Thai Beef Salad.

The one everyone has been waiting for, the 2019 dry Dolcetto. Rich dark cherries, mouth filling dusty tannins, a great winter warmer to enjoy now or over the next few years.

The wines are available to order online now. Free freight within Western Australia and $15.00 per case for our interstate friends.

Vintage 2019 has finally come to an end. It has seemed a long season this year, commencing back in early February, a few weeks later than usual, with the last harvest being the Nebbiolo undertaken on the 6th April. In fact the Nebbiolo was only pressed off a little over a week ago. Recent tastings across the range by winemaker Mark are indicating we are going to have some awesome drops of wine this year. It could well be a year to remember. The first of our Pignoletto grapes were picked on Saturday 16th February, and the resultant juice will soon continue its journey onto becoming our first Sparkling style. But don’t all rush out to come try, it won’t be available until later in 2020. Good things take time to create.

During the winter months we had good rain filling our soil profiles and a cool but quite dry spring. This and the continued cooler summer temperatures through December and January delayed ripening, but resulted in our grape canopies maintaining excellent conditions through to harvest. Of note this year has been the bird pressure. It is the highest we’ve seen in many years with almost no blossom on the local Marri trees until virtually the end of the season.

The season commenced on the 12th February with our Muscat fruit here at the Vineyard 28 site. For the first few weeks it was a little hectic in the winery with the white varieties and our first Dolcetto fruit all coming in before the end of February. Then the cooler March temperatures slowed things a little and spread the harvests out with the Cabernet Sauvignon being harvested on 20th March, with then another few weeks before we finished with the Nebbiolo. Mark has had a very full winery, and at times it’s been an interesting juggle, but it’s all in safely with the 2019 white styles almost ready for bottling later in June.

Our regular crew of retired farming folk were back this year to help bring the fruit in, ably assisted by a few local students commencing gap years, supplemented along the way by a few international backpackers. It made for some great morning tea conversations after each pick.

Check out the gallery of images below from across the season.

Come and celebrate the start of Winter in Northern Italy
(well actually in the North of Harvey, here at Vineyard 28).

Winter is the perfect time to enjoy the smooth, lush, warming flavours of a fortified wine. Warm the cockles at Harvey River Estate and enjoy delicious handmade brownies with an aged fortified wine.

Cellar Door – 10am to 5pm over the Easter Weekend

There will be lots happening over the Easter Weekend here at the Vineyard 28 with our annual Quilt Exhibition on at the Cellar Door.

Come along to catch up on all the latest works by owner, Pippa Nielsen, who has been making quilts for just on 20 years. There will also be new quilts on display and for sale from many other local Quilt Artisans from Harvey, Australind and surrounds. We’ll also have a Christmas table full of crafts just so you can plan ahead this year.

The Myalup Easter Fair will take place on Easter Sunday, April 21, 2019 from 10-3pm. It will be a day of Good Old Fashioned Family Fun & community fundraiser for the Myalup area. Visitors can shop at the fabulous quality market stalls, have a listen to the bluegrass band, try their luck in side show alley, eat delicious food from local food trucks & enter their pets into the Pet Parade!! Be sure not to miss the amazing art display including the Youth Art Exhibition & Competition. Local artists will be contributing & judging on the day. Vineyard 28 will be their offering wine tastings and sales we would LOVE to have you come along and be a part of the fun!!

SEE YOU ON EASTER SUNDAY!!

Here at Vineyard 28 we are very pleased to announce our new wine releases – available at the cellar door now and online.

2018 Moscato Rosa – our scrumptious refreshing sweeter style. With a lovely blush hue, and yummy apricot flavours on the palate, this is a wine to be enjoyed as an aperitif with fresh fruit and cheeses or maybe splash it over a few peaches, leave to soak and enjoy with a scoop of homemade vanilla ice cream.

2017 Cabernet Sauvignon – a staple of our range. Consistently full of rich berry and jammy fruit flavours. Ruby red as always, finishing dry with lovely soft tannins. Drinking nicely now, but will also benefit from some ageing.

Pop over to our BUY WINE page to order your selection now.

Experience the atmosphere of Italy at the LiveLighter Harvey Harvest Festival. Set in the picturesque gardens of Snell Park, Harvey, the Festival offers a feast for the senses with arts, culture, food, wine and markets.

Loads of music and entertainment. Make sure you are there for the Annual WA Livelighter Grape Stomping Championships. There will be rides, roving street entertainment, and the animal petting farm to keep the kids occupied.

If Art is your thing, then make sure you also hop on a bus and check out the 2019 Harvey Art Safari. See local artisans and their work presented in the beautiful gardens of Chalbury Park.

Vineyard 28 will be there with our range of wines, along with other Geographe Wineries – Fifth Estate, Harvey River Estate and Moojelup Farm.

Keep the kids occupied with rides, street theatre, fairy workshops, the LiveLighter Grape Stomp and an animal petting farm. There’s something for everyone at the LiveLighter Harvey Harvest Festival! 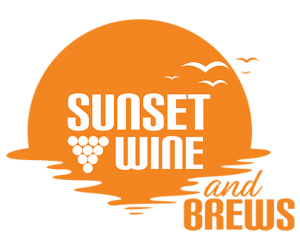 Vineyard 28 will be at Sunset Wine

Enjoy an iconic WA sunset while tasting the best of WA’s wine, craft beers, ciders, and spirits at the new Scarborough Beach Reserve. Add in some gourmet food, live music, good friends and the perfect coast backdrop and you have one of summer’s best boutique festivals – Sunset Wine & Brews!​

While the weather is warm and the beaches are looking great, grab your friends and come try some great wines from Vineyard 28 and other local WA producers! You can enjoy a glass at the festival or stock up for home.

​Then relax on the Sunset Balcony with cool tunes from local DJs and get that Insta worthy sunset pic as the sun goes down!​

​Please note: the last two hours of each day will be glass sales only, 6pm-8pm.