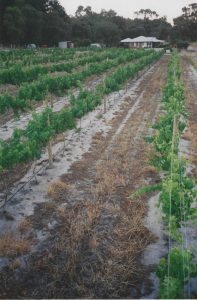 2022 will be the 20th vintage of Cabernet Sauvignon harvested here at Vineyard 28.  (In reality there were only 19 wines produced, but in 2003 we created two versions, our usual Cab Sauv and a second known as the Tuart Red, so I’m sticking with 20 Cab Sauv in 2022).

Back in 1998 when Vineyard 28 first commenced we planted an initial row of Cabernet Sauvignon as a trial. That row still exists today, and in 2022 the vines will be 24 years old. The Cabernet block expanded quite quickly growing to an area of approximately 0.5 hectare here on the coastal property.

The first ever vintage was the 2002, although we did experiment in 2001 to make a Cab Sauv just for ourselves and family.

Cabernet Sauvignon is one of the world’s most recognised grape varieties, grown in nearly every major grape growing country. It came to prominence in France in the Bordeaux region where is usually blended with Merlot or Cabernet Franc. Despite this prominence, the grape is a relatively new variety, the product of a chance crossing between Cabernet Franc and Sauvignon blanc during the 17th century in south western France. 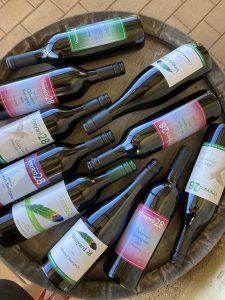 The Cabernet Sauvignon shows an amazing evolution of our wine label designs. From the very basic green in 2002 to the red version in 2003, to various forms of connecting to the 28 parrot to the current. I think we tried just about everything, but the wine inside has always been consistently delicious to drink. 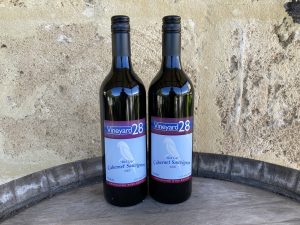 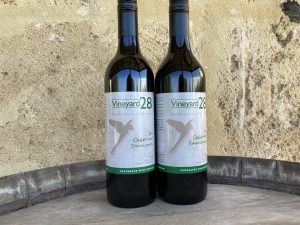 2002 was incredibly young, a much lighter style than more recent vintages. It spent 8 months in a combination of French and American oak prior to its bottling. 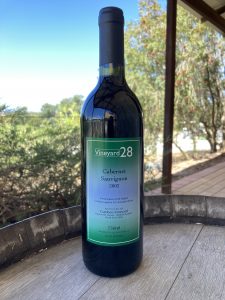 2003 was the year we received 70mm rain all in a 24 hour period. Miraculously the Cabernet survived this.  This was the year we produced two versions, the Tuart Red which had been matured in Hungarian oak, and our traditional Vineyard 28 Cabernet Sauvignon.

2004 to 2009 were all produced offsite at various contract facilities. It wasn’t until 2010 that Mark took over control of the Cabernet destiny, and we begun producing it here at Vineyard 28.

2011 to 2018 – Consistently good wines, always with an emphasis on expression of fruit, with a light hand on the use of French oak.

In the early days winemaker, Mark, experimented with some American and even Hungarian oaks, but ultimately feels the fruit we produce is best suited to French Oak.

Harvest dates for Cabernet have varied somewhat over the 20 years. Some years it’s been the first week in March, but generally it is harvested mid March. 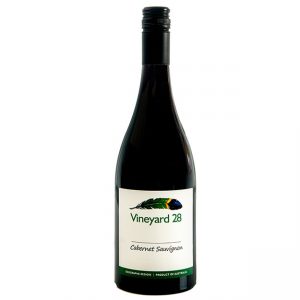 The 2019 Cabernet Sauvignon is our current release, drinking superbly, and will continue to do so for another 3-5 years depending upon how you have stored it.

2020 is spending some time in bottle, before its release later this year.

2021 is still enjoying its time developing in barrel.